WARNING: This post will confirm that I am a spoiled golf snob. I realize this and admit this.

So the recent trip had a pretty simple purpose: See my parents for a few days and play my final rounds of golf for the season. The order of importance of those two things can be debated.

I boarded a Southwest Airlines flight to PHX and played four rounds in four days in Phoenix. The weather was great. I hit it pretty good. But it left me with some lingering questions about the intersection of golf course quality and pace of play.

In my perfect world, I would only interesting golf courses, greens would be smooth, conditioning would err slightly toward the firm side of things and I would never really wait to hit a shot. Now I’m not one of these guy who has to sprint around the golf course. I think anything faster than about 3:15 is too fast, but my focus will vanish if I’m waiting too often or for too long.

After a wonderful first round in PHX, I played a course that was spectacular but not very interesting (more on both of those courses later). On my third day in Arizona, I played at Southern Dunes and was left with more questions than answers. 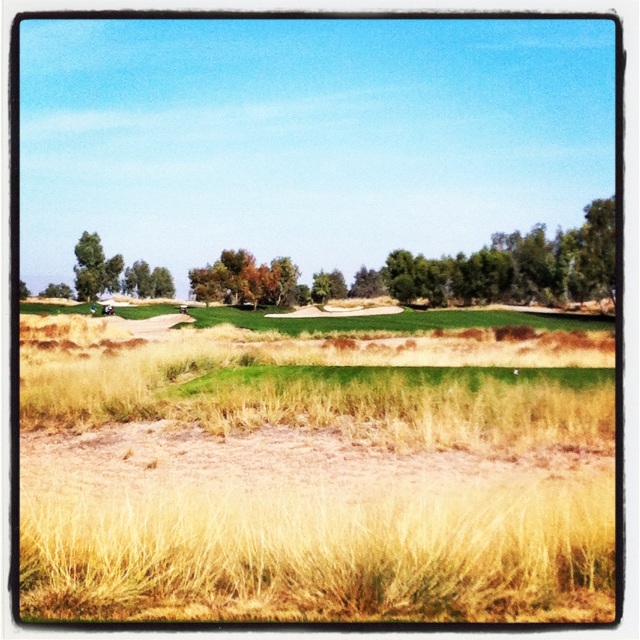 Southern Dunes is a really good golf course. The course, a Schmidt-Curley design with input from Fred Couples, was originally built to be an all men’s private club. Unlike like too many courses in the Phoenix area, it was built to be walked. Long story short on the course goes something like this: Remote location didn’t help in the recruitment of members, then the economy tanked and, suddenly, the model no longer worked.  The good news in this story is that the course was purchased by a nearby casino and it is still very much up and running as a public course.

The golf course is a great walk. There are a number of great holes and there is an interesting use of angles. Because this was built as a private golf course, the green complexes have much more slope and require more precise shots than many public courses in the Phoenix area. 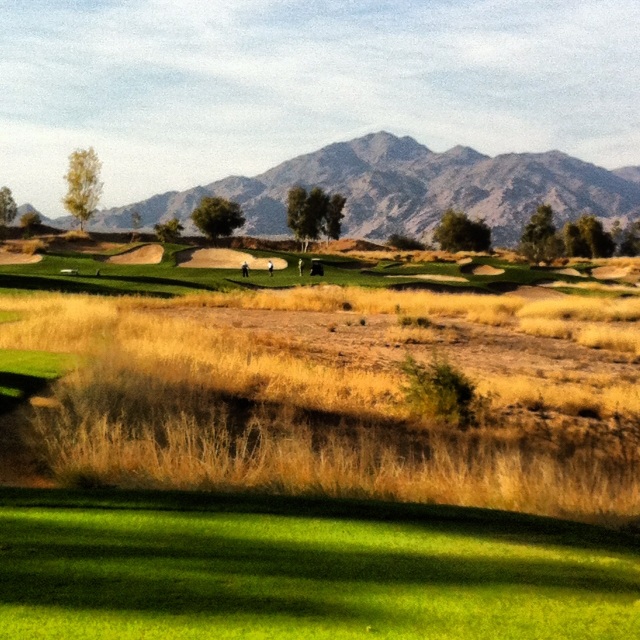 All of that said, my round at Southern Dunes was easily my poorest experience on this trip and it was completely the result of pace of play. Slow play is never great, but the only thing that’s worse is when the management of the course doesn’t seem to care about it.

After booking my time as a single on GolfNow, I knew that this wasn’t going to be a fast round. It was a Saturday and there was a decent number of players on the course.

Keeping play moving is about more than luck and having a staff member drive around once in a while. My feeling is that a course has the responsibility to all players by creating an expectation that slow play is to be avoided. I think the starter needs to create an expectation that groups should be through six holes in a certain period of time and through nine holes in a certain period of time.

I had accepted the fact that play was going to be slow, but when the “ranger” greeted me as I walked from the second green to the third tee and asked if I had brought a book, I knew I was in trouble. Despite the fact that I tried to walk slowly and tried to take a little extra time when it was appropriate (I also needed to make sure the guys behind me didn’t wait as I was messing around), I made the turn in 2 hours, 40 minutes and walked off the 18th green 5 hours and 15 minutes after teeing off.

It was as brutal as you could imagine.

I will spare you the blow-by-blow details — and this post would have been really something had I written it the same day I played — but want to share the biggest examples of how this was a total gong show.

The group in front of me was made up of four older guys, at least three of whom were playing the wrong set of tees. On nearly every par 4 or par 5, at least one of them didn’t get the ball over the initial carry off of the tee. They also had no idea how or where to drive their carts.

Oh the carts. The carts at Southern Dunes have built-in GPS systems. They are the fancy ones that will warn golfers when they drive the carts where they aren’t supposed to go, common sense stuff like staying on the cart path on par 3s and not driving too close too greens. If you do drive in the bad spots, these smart carts generally alert the driver to go back to the cart path. If that doesn’t happen, they simply shut down.

The jokers in front of me had carts shut down three times in the first six holes. When that happened, they would have to put the cart in neutral and then push it back to the cart path. It was a total joke. All the while I was sitting in the fairway with steam coming out of my ears. On No. 6, a par 3 where these guys ended up having to push both of their carts back to the path, there were two groups on the tee and another group on the 5th green by the time the putted out.

When I left Southern Dunes, I didn’t have a tee time booked for the final golf day of my trip. As a result, I was left with the course quality/pace of play dilemma. I was considering playing another one of the bigger name upscale public courses in the area. But after a horrible experience so fresh in my mind, I also wasn’t in the mood to drive a significant distance from my parents’ place and then endure a slow round.

So what did I do? I made a decision that was much more based on pace of play than golf course quality. Not far from my parents is a place called Corte Bella. It’s a private club in a gated community that puts a few tee times a day up on the internet. I played the course once previously and remember it being pretty decent for a housing development course. It’s not great golf and there isn’t a whole lot of serious trouble off of the tee, but the greens have distinct sections that you need to hit to score and there is some OK bunkering and a number of good holes.

My thoughts were that because it is a private club, there were be fewer people out there without a clue as to what they are doing. In addition, I figured there would be fewer people playing the course blind. Most golfers would know where to hit the ball, where not to hit it and, often, what to hit.

It was a great move. While I played behind a twosome with a pair of push carts, they moved along just fine. My waits were short. I made the turn in about 1:50 and walked off No. 18 in exactly 3:45. It was exactly what I wanted an needed.

So my answer to the question is pretty simple. If I can’t have good and fast, I choose decent and pretty fast. That to me is much, much better than good and slow. As someone who doesn’t play 4 1/2 to 5 hour rounds very often, I realize that I’m spoiled. I simply don’t have the patience or the concentration to play rounds that last that long.

So what’s your answer? What ranks higher in your book? Quality of the golf course? Or the ability to not have 18 holes turn into a death march?

4 thoughts on “What matters more: Pace of play? Or golf course quality?”