While I have played golf for basically the past 30 years, I didn’t exactly have the most sophisticated golf upbringing.

I grew up in a town of about 20,000 in the rural part of Minnesota. I started playing at a local 9 hole course on the east side of town. Amazingly Valley Golf in Willmar has a website. The golf course stretches all the way to 2,474 yards from the back tees for a par of 35. There are two holes of more than 400 yards. One is a par 4 and the other is a 445-yard “par 5”. The ninth hole is a 210-yard downhill par 4.

It was great when I was in elementary school and the first part of junior high and I could ride my bike to the golf course.

As I got older, became more interested in the game and became a better player, I graduated to the 18-hole course. What was then the Willmar Golf Club is now known as Eagle Creek Golf Club. I basically spent most of my teenage years here. I was there pretty much every day. I played golf, I had a job picking the range and cleaning clubs, I eventually worked my way up to working in the pro shop.

The golf course is typical small-town Minnesota fare. Nine holes were built early in the 1900s and another nine were built probably in the late 60s or early 70s. The golf course has been worked on and improved since my teenage years, but the initial front nine featured a lot of back-and-forth golf and not a ton of interest. At that time, there was exactly one fairway bunker on the golf course.

As a high schooler, I played many of really good courses across the state in tournaments, including some of the big names. But I’m not sure that I really knew what I was playing. I knew that a place like Hazeltine or Wayzata CC or even St. Cloud CC was better, but I didn’t totally get it.

That long windup gets me to this point: I think the first course I played where I went, ‘Wow, that’s really cool,’ was when I played Harrison Hills Golf and Country Club on a regular basis one summer. Harrison Hills is in the tiny town of Attica, Indiana. It was probably about 30-40 minutes from Danville, Illinois, where my first full-time newspaper job was. When I was there in the mid-90s, Harrison Hills had just expanded from nine holes to 18 holes.

The original nine holes were designed by William Langford in 1924.The course was expanded to 18 holes in 1995 by longtime Pete Dye associate Tim Liddy.

Harrison Hills was great for me. It was cheap (even now it is $28 to walk during the week) and it was really interesting. I don’t totally remember my initial feelings about the course, but it was the kind of place that I liked more the more I played it. I started to figure it out. I realized that one some holes — especially some of the Langford holes — it was more important to put your tee shot in the right place than it was to hit a bomb. I realized that hitting even a wedge to a well protected green can make your heart beat a bit faster.

A little more background on Harrison Hills can be found in this post on Golf Club Atlas. And for a little perspective, this small town course — where a single membership costs $800 — ranks as the No. 4 public course in Indiana according to Golfweek.

I always loved golf, but I think that summer made me really get things around architecture. It made me seek out interesting courses and pass on playing bad/boring courses.

I haven’t played Harrison Hills since the summer of 1997. It’s one of those things that I would like to do again, but I haven’t exactly had a reason to get there. A month ago or so, a few Chicago guys from GCA played Harrison Hills and Howard Riefs (who you should follow on Twitter at @hriefs) sent me some pictures of the place that I want to share. It makes me want to go back again. And if for some reason, you find yourself in west central Indiana, make a stop, the course is only a few miles north of Interstate 74.

So what course made you interested in course design? Was there a time when something clicked? Do you not care? That’s fine as well.

At long last, the pictures of Harrison Hills. All of these pictures are of the original Langford holes. 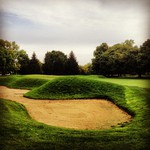 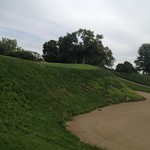 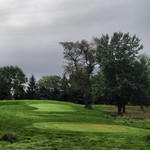 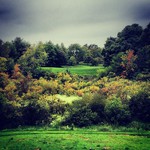 One thought on “How did you become interested in golf course design?”